On Becoming Humanist - My Personal Journey from Catholic Educated to Humanist, by Bob Koches 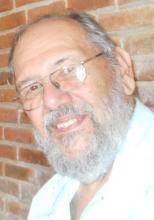 Editor's note: this is another essay in the "Why I Am a UU Humanist" series. What is your story? Contact us and let us share it.

My name is Bob Koches, I am a humanist and this is my journey.  I think of humanism as a kinder, gentler form of atheism.

Humanist Manifesto III , a successor to the Humanist Manifesto of 1933, defines humanism as a progressive philosophy of life that, without supernaturalism, affirms our ability and responsibility to lead ethical lives of personal fulfillment that aspire to the greater good of humanity.   “The lifestance of  humanism - guided by reason, inspired by compassion, and informed by experience encourages us to live life willfully and fully.  It evolved through the ages and continues to develop through the efforts of thoughtful people who recognize that values and ideals, however carefully wrought, are subject to change as our knowledge and understanding advances.”

When asking the question of my Lake Chapala Unitarian Universalist Fellowship here in Ajijic, Mexico, 90% said they considered themselves atheist, agnostic or humanist.

My journey is really based on the fourth UU principle, which is a free and  responsible search for truth and meaning.

As you may know, I was educated and raised Catholic, and went to Catholic school from first grade through university.  Kathy, my wife, asked me one time, out of curiosity, why I was no longer a Catholic.  I answered, “Because I went to Notre Dame, and they taught me to think.”

We all ask the basic questions, “Why am I here?  Where did I come from? How did it all start?”  Or in the words of Doug Adams in “The Hitchhiker's Guide to the Galaxy” the question is “What is the meaning of the universe and everything?”  Of course the answer, as you may know, is “42” but that doesn’t really suffice here.

When I was in high school at Pius X, I took a class in my senior year called “in apologia” or “in defense of the faith” taught by a young priest called Father Parnassus.  He stated that Catholicism  could be and should be defended by logic.   Of course that only works if you accept the basic assumption that there is a god.  If you don’t, it all “goes to hell in a hand-basket.”

The next year it was off to Notre Dame, where I learned about the Greek philosophers.  Socrates taught me to doubt and question everything.   Of course Socrates, in his time, questioned the validity and existence of all those Greek gods.  He developed what is now called “the Socratic method,” which is basically asking questions, questions, questions, to get at some semblance of the truth.  He was a humble man, and felt he hardly knew anything.  From the Greeks we also get the aphorism, “Know thyself.”

Plato, through his allegory of “The Cave,” warped my sense of reality, saying that what we perceive is not real, but merely shadows on a cave wall.  Another parable of this is the blind men and the elephant.  Not Plato, but still the same result.  We only get glimpses and pieces of what reality may be.

Aristotle invented formal logic and is considered the father of what we would now call “The Scientific Method.”  One of his other claims to fame is the concept of “first cause” or “the unmoved mover.”  This is another term for god, which states that god had no beginning.  Thomas Aquinas used this as one of his proofs of the existence of god.

One of the best definitions of god I ever heard was from Paul Tillich, a German theologian, whom the Christian right considers at best, a panthiest and at worst, an atheist.  He said, and I paraphrase, “That which you cannot explain:  the wonder, the magic and the mystery in the world, people call ‘god’,  until some of these wonders, magic and mysteries can be explained through science.”   In other words, the mystery and wonder in the universe is just something we have not explained yet.

In looking at the history of man, it became clear to me that god was created in man’s image, not vice versa.  The study of history showed me that early civilizations were religiously based.  These theocracies were then governed and controlled by the priests.   If you look at what is happening in America today, you can see the same pressures being applied.

Therefore, I concluded that “humanism” or acting in a humane way towards other people, does not need to be tied to religion.

So let’s talk about some objections to atheism.  Kathy’s dad used to say, “If you’re right, and I’m wrong, I have lost nothing; but, if I’m right, and you’re wrong, you are in big trouble.”  This is known in philosophical circles as “Pascal’s Wager.”

There are really two problems with this:  first of all, which religion?  There are many.  It seems to me a little egotistical to limit it to just one.  The second problem is really, “it is playing the odds” and I would rather the odds of living a good and happy life now as opposed to in heaven.

Besides, the new Pope, Francis, has said that if an atheist leads a good life he can go to heaven.  So, all bets are covered!

I also have a real problem with a literal interpretation of the bible by creationists that says man, dinosaurs and dragons co-existed together.  The concept is so ridiculous I am not going to bother to talk about it.

I am, in some ways, envious of true believers, people of faith, who are so certain, through whatever life experiences they have had, that they are right.  Unfortunately, I have never had, like Paul on the road to Damascus, that bolt of lightening come down and show me the ultimate truth.  With a person who has this type of faith, there is no arguing.  They cannot accept my facts, and I cannot accept their blind faith.  So we are at an impasse.  If they live a life consistent with their faith, rather than a life of hypocrisy, then I can accept them.

So, where does that leave me on this journey?  There are many nooks and crannies of thought that I haven’t covered, but when it comes to living a humane life, a life consistent with caring for our fellow man, I still prefer to see the wonder and awe of the universe as it is explored by science.

As the great Albert Einstein said:  “The important thing is not to stop questioning.  Curiosity has its own reason for existing. One cannot help but be in awe when one contemplates the mysteries of eternity, of life, of the marvelous structure of reality.  It is enough if one tries merely to comprehend a little of this mystery every day.  Never lose a holy curiosity.”      Namaste.

Categories:
Why I am a UU Humanist essay

Congratulations to Bob Koches. It is never easy to escape from early indoctrinations. This life-affirming story is one that many others have experienced, too; I think of Tom Ferrick, the Harvard Humanist Chaplain, who died last month.

Thanks Bob, I enjoyed that story very much. It mirrors mine in so many ways, and many of the issues you raised were issues for me too - especially Pascal's wager, and that the arguments of logic from believers always rest on the unprovable supposition of God's existence. My biggest difference was in having Baptist origins, rather than Catholic, but I identify with your story very much. Thank you.